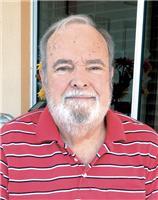 Bill served his country in the Air Force from 1950-1954. He was an active member of the Elks 2408, VFW 11014 and Riverview Desert Riders. After retiring from Bullhead City Real Estate as a Broker in 1988 with heart disease, he and Joan enjoyed traveling the sights of United States and then moving to Riverview RV Resort. They rode into the desert in their RZR, exploring and learning so much about Arizona mines and trails to ride. He had a heart of gold and was loved by so many friends and family.

One precious to our hearts has gone. The voice we loved is stilled. The place made vacant in our home, can never more be filled.
Our Father in his wisdom called the one his love had given, and so on earth the body lies. His soul is safe in Heaven.

Bill was preceded in death by his parents, William H. Bremerman and Marian Bremerman; mother of his seven children, Ruth J. Bremerman.

Our heartfelt thanks to Dr. Channa Prasad and Dr. Joel Paulino for 30 years of caring for Billy. Thank you Living Waters Hospice team for being there at any hour of the day or night.

A private family burial is planned.

Headaches plague every American and is a main complaint of many of our patients, weather the pain be a dull ache, sharp pain or throbbing sensation Cervical Adjustments have proven to be helpful.

Did you know that the pain you are feeling is not even coming from your brain in the first place? Your brain cannot feel pain, it is the stretching, compressing, irritation, inflammation or infection of blood vessels, membranes and cranial nerves that produce the ache.

Chiropractic studies have shown a 36% decrease of painkillers taken by patients who experience regular headaches as well as a 96% decrease in their number of headache hours in a day simply by receiving regular adjustments.

Sciatica is the sensation of pain that navigates through the sciatic nerve from your lower back to your hips and buttock with the capability to reach down your leg as well.

Disk herniation or a bone spur compressing part of the nerve are the two most common causes of sciatica pain and physical manipulation of the spine is the safest non-invasive way to best remedy discomfort.

Neck and Back Pain plague the majority of American’s each year in either chronic or acute cases. Subluxation of the spine weather it be Cervical (Neck), Thoracic (Mid-Back) or Lumbar (Low-Back) can lead to a number of pain and organ related issues. Your spine is the housing unit of every nerve in your body and any subluxation can lead to pressure at the base of your nerves, cutting off contact and sometimes causing pain.

Your brain sends messages to every part of your body via nerve endings. Pinching a nerve disrupts the flow of information which can lead to a number of organ malfunctions as well as discomfort in the form of pain.

Chiropractic studies have shown that manual adjustments like those used at Barnard Chiropractic have lead to 94% of patients experiencing approximately 30% pain reduction.

Carpal Tunnel Syndrome is a progressive condition, caused by a pinched median nerve around the wrist area, which starts with mild symptoms, including a slight tingling or numbness. In time, some people begin to experience sharp, shooting pains. Unfortunately, Carpal Tunnel Syndrome doesn’t go away on its own.

Chiropractic care for Carpal Tunnel Syndrome can potentially eliminate the need for a surgery or prescription medication. Early diagnosis, which involves an examination by a medical professional through light therapy techniques testing strength and flexibility, is critical to receiving the right type of care plan and resolving symptoms. Frequent chiropractic care improves range-of-motion and flexibility, and is a gentle and noninvasive alternative to the the harsh effects and long-term recovery period of surgery.

Chiropractic care and holistic remedies can reduce the symptoms of ADHD, without the use of harmful medications and stressful treatments.

As proper brain activity is directly related to correct alignment and function of the spine, when the spine is out of alignment, it can create interference in the signals going to the brain and contribute to mental conditions. Chiropractic can help to correct the root of problem by removing misalignments, or “subluxations”, in the spine, thus relieving the symptoms of ADHD long-term and promoting brain development.

Diet also plays a big role in helping, or hindering, the symptoms of ADHD; we can help you to develop a plan to eliminate causes in the diet that may be contributing to ADHD symptoms.

Ear infections can be extremely painful and often impact young children. Fortunately, chiropractic can do wonders to improve not only a child’s ear infections, but their overall wellbeing. Costs for chiropractic care are significantly less than those associated with antibiotics or surgeries, which can cost thousands of dollars.

In a recent study, 93% of all episodes improved for children under the age of five who suffer from ear infections and were supervised under a chiropractor’s care. 43% of the children were better within one to two visits, and 75% were better within 10 days or fewer. We take your child’s care seriously and can offer an individual plan that will lead your child to health. Please consider chiropractic as an alternative method to help ear infections before turning to harsh alternatives.